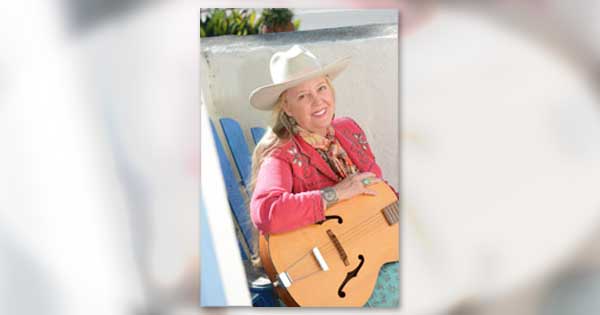 Joyce Woodson’s roots are in acoustic folk as well as in vintage 1930’s cowboy music. Her songs, though, are about what she knows – the southern California farmlands and the ranches that surround it. Joyce’s upbringing on her family’s farm makes for a rich background, giving her a strong sense of place. Woodson’s lovely voice and striking stage presence sometimes lead people to compare her with the late Kate Wolf or Mary Chapin Carpenter.

Woodson started out playing the local folk music scene in southern California soon gaining recognition playing the Kerrville Folk Festival in Texas, the Napa Valley Music Festival in northern California, and the Western Music Gathering in Albuquerque, New Mexico. She is also a regular performer at the Gene Autry Museum in Los Angeles. She makes her home in San Juan Capistrano, California.