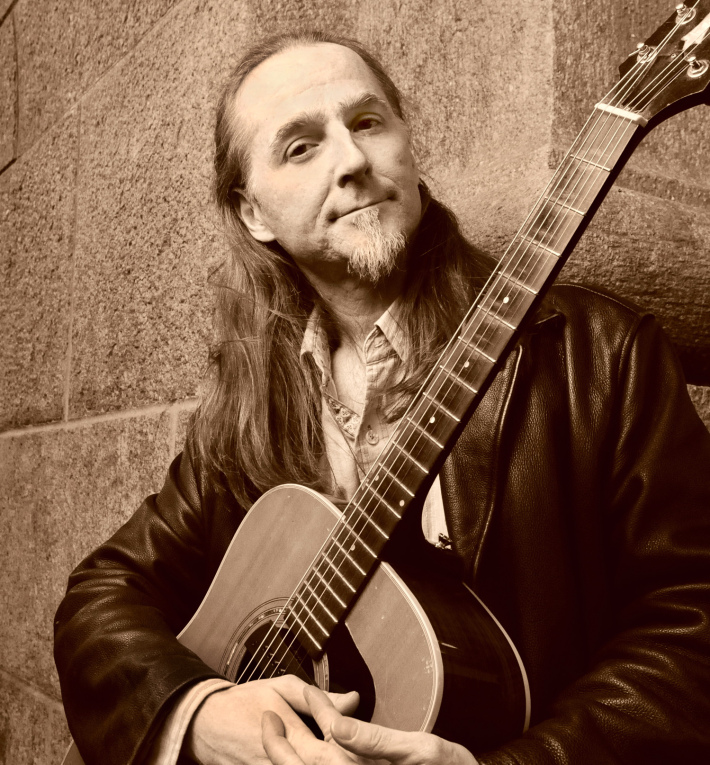 Pat Wictor took a convoluted path to folk music, winding his way through rock, heavy metal, and jazz. He started with guitar, shifted to bass, moved to saxophone, and then quit music entirely before a return in 1993, a time when he also began composing songs. By 2001, he left a teaching career to pursue music full time and does so in the broadest way possible. An adept improviser and accompanist, he is sought after as a collaborator, sideman and session musician, with numerous recording credits to date. His monthly e-mail column, “A Few Choice Words,” is read by thousands of subscribers. He is a music educator of note, teaching workshops on writing, interpreting, and rearranging songs, on slide guitar and other guitar techniques, and various topics of music history.

His performances–part fireside chat, part meditation on matters earthly and transcendent–feature his originals. In addition to his own tunes, he is quick to offer up a newly-discovered lyric from another performer, or a fresh arrangement of a traditional song, delighting in introducing his audience to innovative material. With flowing red hair and zen-like calm, Pat embraces his audience with the sincerity of his music and the clarity of his voice, inviting them in.

Pat views his life and his music as a journey, populated with an ever-shifting landscape of people, places and emotions. It is a journey he is eager to share with others, knowing that it is the experiences along the way, not the arrival, that initiate the most profound changes.

Pat’s fifth CD, Heaven Is So High…And I’m So Far Down, was released in July ’06, and received nationwide airplay on folk and specialty radio programs.  His previous CD, Waiting for the Water, also received wide radio play, reaching #4 on the FolkDJ charts in February 2005, and remaining on the charts for months afterward.