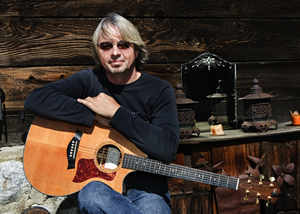 Dale LaDuke was born in Grosse Pointe Michigan (suburb of Detroit). He began singing in church choirs when he was 8 years old and was principal  solist and president of his high school choir, as well as trumpet player in the high school band. He went on to sing with the Michigan State Honors Choir and the Michigan State Fair Choir.

A songwriter from the beginning, Dale was determined to observe humanity at all levels, and to this end spent several years traveling around the country as an itinerant street peddler, finally settling in Los Angeles.

He was one of the founders of the popular Southern California country band “Five Wheel Drive” that was one of five finalists (and the only country band) in the first Yahoo Music Awards. The band was flown to the red carpet Yahoo awards show at Studio 54 in Manhattan that featured performances by David Bowie, Issac Hayes, Allanis Morriset and many others. The group recorded two demos for Warner Bros. Nashville, before finally disbanding. He then co-founded the folk group “Kaedmon” which went on to be a top pick of 2006 by both Music Connection magazine and KSUN radio.

Dale’s song “The Lone Ranger”has won or been nominated for several awards; most recently for “Single of The Year” at the Los Angeles Music Awards.