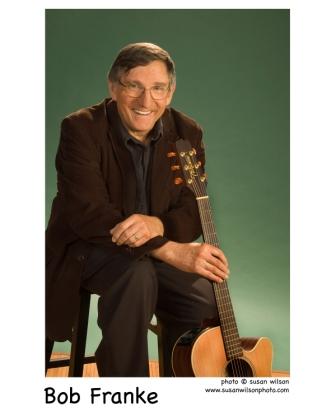 Legendary singer/songwriter Bob Franke’s songs are considered classics, fueled by his deep faith and the real-life lessons taught him by his 30 years of playing everywhere from concert halls to street corners.

Bob has appeared in concert a coffeehouses, colleges, festivals, bars, streets, homes and churches in 32 states, four Canadian provinces and England. His tours are treasured for their craft and compassion. His concerts have appeared in lists of the top five musical events of the year chosen by critics in the Boston and San Francisco Bay areas. In 1990, he was nominated as an Outstanding Folk Act by the Boston Music Awards.