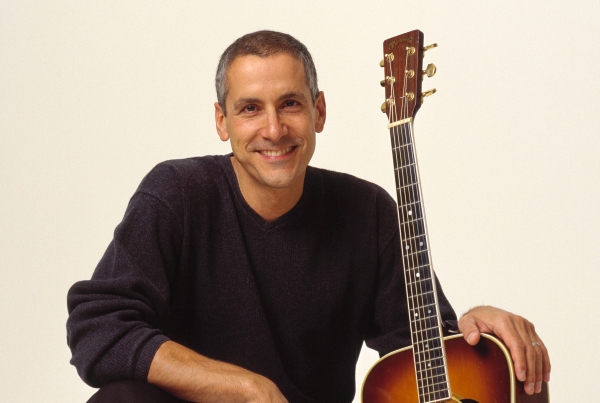 One of the most beloved instructors at SummerSongs East is the wonderful David Roth. A while back I had the chance to sit down with David on a shady porch on a humid August evening at camp to ask him for his favorite songwriting tips and tricks.

These are a few helpful hints he shared with me — for when “you find your muse and inspiration in short supply.” Hopefully you’ll find them useful too!

So the story goes, says David, Mozart and his contemporaries used a dice game to create some of their concertos — they would assign random numbers between 1 and 6 to interchangeable measures of music, and roll the dice and use the numbers to put the measures in sequence. Of course, a six-sided die is limited for a Western musical scale, so David uses 8-sided dice (collected from Dungeons and Dragons games) to represent the do-re-mi-fa-so-la-ti-da scale of any key, and rolls the dice to come up with a sequence of chords — in the key of C, for example, 1-6-2-4 would mean C-A-D-F. “You can also use 8 cards from a deck and shuffle them,” David points out.

Write down answers to ten questions, says David, to spark some new ideas. Some of the questions could include: “What was a turning point in your life?” “What’s something funny that once happened to you?” “What’s going on in the world that’s gotten your attention lately?” “What’s something you want to do while you’re alive that you haven’t done yet?” According to David, “you can write down these answers and just come back to them when you have more time to write.”

Don’t Be in a Hurry to Finish

Whether you’re in a songwriting workshop, camp or class, it can be a rather pressurized environment where you’re trying desperately to finish what you’ve started. But David says to slow down. “You might feel like you need something completely done at the end of the week or the workshop that you can proudly display, but it’s often hard even for professionals to turn your songwriting brain on and off like a switch,” he says. So, it’s okay to head home with half a song finished that you’ll edit and tweak once you’re back.

Of Course, Try a Songwriting Camp!

There are dozens of camps related to songwriting, guitar or various musical styles from celtic to country, says David. “Choose a camp or workshop based on someone who’s teaching that you want to study with, or based on a skill you want to develop such as guitar or songwriting,” he explains, pointing out that a little “googling” can go a long way in terms of finding the right one that fits your needs. When you do find a good match, it can be a life-changing experience and offer a close-knit community of those with the same interests, he says.

Want more SummerSongs content? Sign up for the email newsletter to get songwriting tips, tricks, Q&As and more!